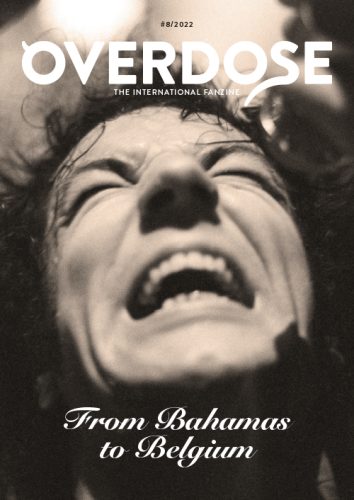 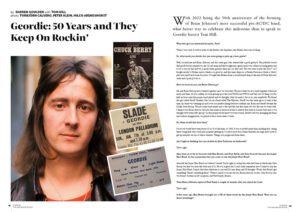 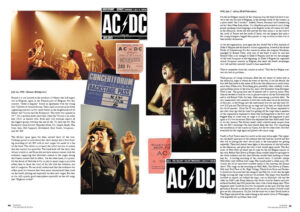 Man down in Vancouvere –Together with Mike Fraser we look back at an album that once again put the band back in the spotlight.

Geordie: 50 years and they keep on rockin’ – With 2022 being the 50th anniversary of the forming of Brian Johnson’s most successful pre-AC/DC band, what better way to celebrate this milestone than to speak to Geordie bassist Tom Hill.

From Bahamas to Belgium – After recording the forthcoming album “Back In Black” AC/DC headed over to Belgium for a few warmup shows. This is the story of how Brian filled the shoes as the new frontman

Bring on the dancing… Inflatables? – The article series about stageprops takes it to the next level. It’s time to look at what the boys brought to daylight in the 90’s.

The Bon Scott Festival: Bonfest – In this article, we get to know Gerard, Mary and Glenn. Three fans who on yearly basis visits Bonfest in Kirriemuir.

Radio Broadcasts from 1974-1977 – Jonathan Ballantyne takes us through the first years of radio broadcasts with the band including the iconic recordingsession at Atlantic Studios in 1977.