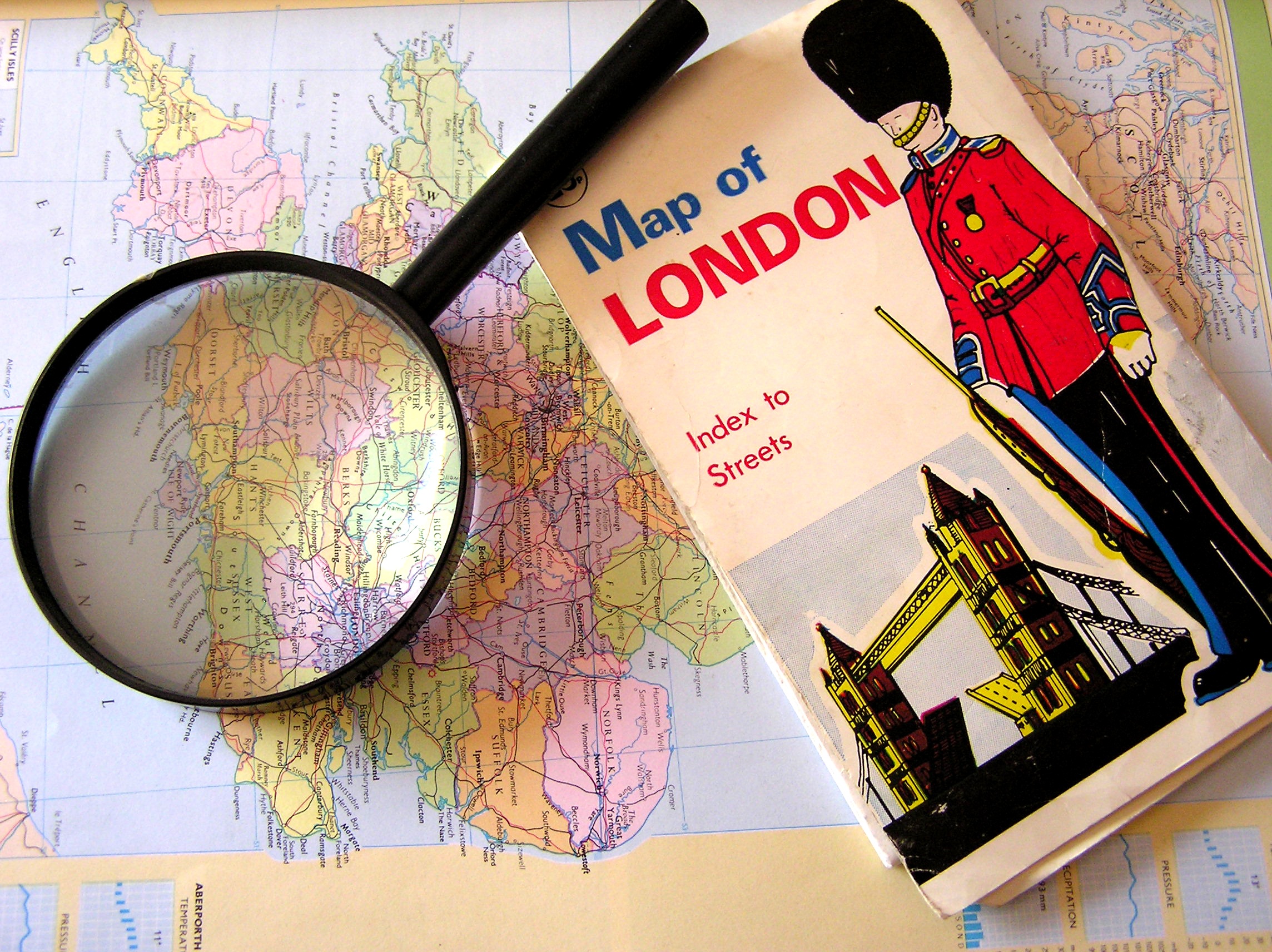 AC/DC had spent the last two years playing seemingly every club and bar across Australia, winning new friends everywhere they went. By late 1975, with few fans left to recruit back home in Oz, the band and their management team’s thoughts turned towards breaking into the UK and Europe, the next step in their march towards global domination. This article tells the tale of how AC/DC spent their first ever month outside of Australia, in and around London, April 1976.

Heathrow Airport, TW6
Bassist Mark Evans reminiscences in his memoir, Dirty Deeds: “We landed at London’s Heathrow Airport on April 1, 1976 after an extremely long flight, with stops in Singapore, Hong Kong, Mumbai, and Bahrain. I was in transit for thirty-six hours and forty-five minutes and had time for two hangovers on the way.”

AC/DC set foot on foreign soil for the first time on April Fool’s Day, greeted at Heathrow Airport by Michael and Coral Browning, and an Atlantic Records stretch black limousine. Taking advantage of the limo, they were driven around London’s main tourist sites on their way to the band’s new base in Bayswater.

49 Inverness Terrace, Bayswater, W2
With a nod to the Young and Scott family heritages, AC/DC’s first UK home was the aptly named No 49, Inverness Terrace.
Close to Bayswater tube station and just around the corner to Kensington Palace and Hyde Park, the band spent their first month in London here. Angus and Malcolm naturally roomed together, as did Phil Rudd and Mark Evans. Old man Bon was left with the longest climb upstairs to his own room at the top of the house. Roadies Ralph and Herc, who flew over with the band from Sydney, took the remaining room and completed the motley crew at the house.

The first weeks spent at Inverness Terrace were incredibly frustrating for the band. Their support slot on former Free guitarist Paul Kossoff’s Back Street Crawler UK tour was postponed after Kossoff’s sudden death from a heart attack a couple of weeks earlier. To make matters worse, a second string of UK club dates supporting the Heavy Metal Kids was cancelled at the last minute when the Kids fell out with their heroin-addicted singer, Gary Holton. Bizarrely, fast-forward to 1980 and both Holton and Back Street Crawler’s singer Tony Slesser were rumoured as potential replacements for Bon Scott.

The band found itself waiting for Griffiths and Browning to hastily schedule some new shows, killing time around Bayswater. Angus preferred to stay at home watching re-runs of Mel Brooks’ spy comedy Get Smart on TV, although Malcolm would sometimes persuade him out to play golf at near-by Hyde Park’s pitch-and-putt course.

Bon, speaking with Charlie Eliezer, recalls his particular method of killing time: “I spent the first three weeks in London exploring the pubs and clubs. There wasn’t one group doing what we do. They stood there like jukeboxes”.
The band’s first photoshoot outside of Australia was taken on the steps outside Inverness Terrace. Bon looked every inch the debonair rock star, in a white waistcoat, black bowtie and a pair of dark sunglasses. Bon was rarely seen wearing sunglasses, albeit he had a good reason for wearing them that day, and it wasn’t to protect his eyes from the sun.

Mark Evans, speaking with highwaytoacdc.com, recounts the tale about Bon returning home to Inverness Terrace from an evening revisiting the Finchley pub where he worked while in London with his band Fraternity in the early 70s: “He walked in and, he said, he’d only been in the place ten or fifteen seconds – he went on his own – and he got hit in the face with a pint mug! And this is like three or four years since he’d been in the place!”

Suffering a broken cheekbone, dislocated jaw and some missing teeth, Bon was oblivious “It wasn’t even my fight. I didn’t see what hit me.”

With impeccable timing, AC/DC’s first UK photoshoot, outside Inverness Terrace, was booked for the following day. Bon was forced to wear sunglasses to hide his swollen black eyes. Soon after, an £800 donation from Alberts in Australia ensured Bon’s cheeky smile returned, via a set of new dentures from a Harley Street dentist.

Anecdotally, when in Finchley with Fraternity a couple of years earlier, neighbours were often bemused to find Bon prowling the streets at the wheel of the band’s mini Greyhound bus, shipped over from Australia by the band’s manager Hamish, generally looking for somewhere to park on Finchley’s narrow residential streets.

Coral Browning’s mews flat on Ossington Street was only a short walk from Inverness Terrace and often visited by the band, particularly Bon. Coral and Bon were close friends, and some considered her his ‘fairy godmother’.
37A Ossington Street was also the address of AC/DC’s UK fan club through the 1970s.

Around the corner from Inverness Terrace, Phil and Mark regularly drank in the ‘Ducks’ in that first month when AC/DC were without a gig. It’s said that the boys discovered the delights on the wonderful British dish, Shepherd’s Pie at the Ducks and Drakes. The pub was later renamed The Prince Alfred, and remains open today.

The Red Cow will forever remain in AC/DC history as the location of the band’s first show outside of Australia, on the 23rd April, 1976.

The Red Cow was one of London brewery Fullers chain of rock venues in 1975, with bands such as The Stranglers, The Damned, The Police and The Jam playing there to a capacity crowd of 250. Sadly demolished in the late 1970s, a smaller pub was built on the site, eventually being renamed Latymer’s around 1989. It remains as Latymer’s today.

Mark Evans had early doubts: “It was a real battle in London first off. I really had doubts that it was going to work. The Red Cow was, well, it wasn’t a regular gig; it had bands on, but there was no vibe out on it. People would say, You’re playing where? But the reaction was pretty instantaneous.”

Richard Griffiths, AC/DC’s agent for that first UK tour, interviewed by Clinton Walker: “I dug AC/DC up a gig at the Red Cow in Hammersmith. This show was probably the greatest show I’ve ever seen in my life. There was no advertising. They came on, they were doing two sets, and to start with there were probably ten people in the pub. They did one set and they did the whole number, Angus on Bon’s shoulders and everything. I’d never seen anything like it. Then the place emptied. About half an hour later, they came out to do the second set and the place was packed. Everyone had run off and said, You have got to see this band. It was packed. It was incredible. I’ll never, ever forget it.”

Griffiths’ time as AC/DC agent ended in September 1976, but he regarded his time representing the band as a success, increasing their wage from £10 per night for the early gigs to between £500 and £750 per night by the end of the tour, a respectable sum at the time.

Peter Kennett was fortunate to be at that first gig. In an interview with ac-dc.net, he recalls Angus leaving the Red Cow on a roadie’s shoulders and continuing his solo up and down the Hammersmith Road, while the band carried on playing on stage.

The Red Cow would also be where Bon would be unexpectedly re-united with on-off girlfriend, Silver Smith, with whom he enjoyed a brief affair in 1971.
Silver told Clinton Walker how a friend invited her to go and see this new band: “The place was packed, everybody was really getting off on it, so I weasled my way to the front, and I got there, and it was Bon! So I went and said hello afterwards. He didn’t go home that night, it was all on again.”

Carol Clerk considers: “It’s hard to say what was most astonishing about that first experience of AC/DC, the ferocious kick of their rock’n’roll, which opened with the perfect, crashing dynamics of Live Wire, or Scott’s rasping, rascally delivery, or the transformation of Angus into the frothing, mooning, satanic schoolboy we never knew he was, convulsing, drooling and shaking sweat all over the room as Bon carried him and his guitar on his shoulders, from table to table, during a frenzied Baby Please Don’t Go.”

While AC/DC were shaking the Red Cow to its very foundations for the first time on the 23rd April, the Sex Pistols were down the road playing a ‘new bands’ night at punk rock venue, the Nashville Rooms. Three nights later, AC/DC would also find themselves playing there, somewhat grudgingly headlining a night called the ‘Antipodean Punk Extravaganza’. Rumour has it that Angus saw Johnny Rotten in the Nashville crowd, however with a nod to the original blues musicians, Malcolm had little time for the likes of Rotten: “The real punks were the black guys who had to fight from the beginning to get accepted.”

Phil Rudd, combative as ever recalls: “Well, we weren’t really punks, we were just a bunch of stroppy dwarves, you know? It suited us quite well. We viewed everyone else as cannon fodder and we just went about doing what we do. It worked out quite well for us.”

The band may have resented the punk tag, however playing the Nashville Rooms fulfilled a real purpose for AC/DC. The band’s UK publicist, Coral Browning, had persuaded a couple of influential UK journalists to the show, resulting in an NME review stating: “I Wallaby Your Man – In the middle of the great British punk rock explosion, a quintet of similarly ruthless Ozzies has just swaggered like a cat amongst London’s surly, self-consciously paranoid pigeons…. They could well clean up.”

Having previously seen the band play to hundreds of hysterical fans in his native Melbourne, fan John Lysaghtt, visiting London, found it weird to see the boys play to only around 50 to 60 people at a small venue. He remembers Bon strutting onto the stage, declaring “We’re called AC/DC, but we’re not!”, unsurprisingly followed by an extremely loud gig, where the band certainly left their mark on the crowd.

After a frustrating opening month in London, things would begin to improve in May. AC/DC would return to the Red Cow and the Nashville and play their first gigs at the legendary Marquee. They’d also leave London and set off ‘riding down the highway’ on their Lock Up Your Daughters UK tour, with Phil at the wheel of the tour van.