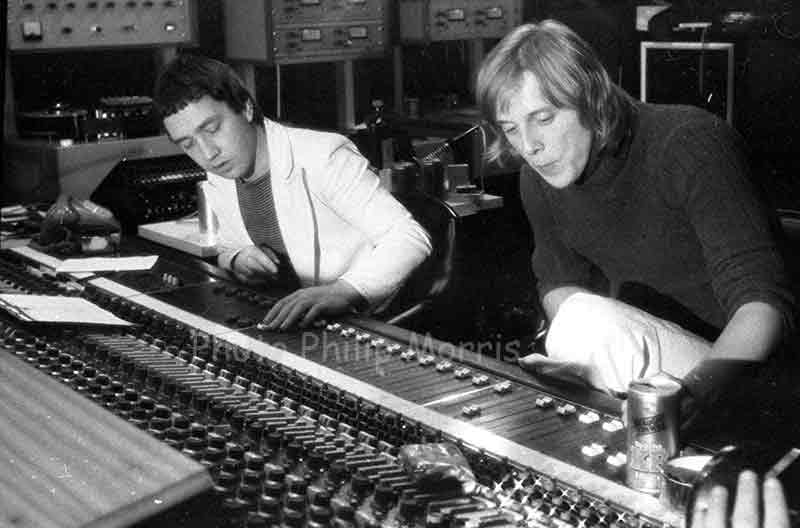 Before AC/DC there were the rock stars of Australia – Stevie Wright, Billy Thorpe, John Paul Young, Lobby Loyde, Harry Vanda, and last but not least George Young. Throughout the 1960s and 1970s, the prominent sounds of the Australian music scene that dominated the airwaves were those of George Young. The John Lennon and Paul McCartney of Australia were literally George Young and Harry Vanda, respectively. Whether it was the hit songs that were written and recorded by other artists, the albums and singles that were produced and engineered in-studio by George and Harry Vanda, or the bands that George himself wrote and performed in – he was one of Australia’s most successful talents of all time.

“Wednesday just don’t go, Thursday goes too slow. I’ve got Friday on my mind”
– The Easybeats ”Friday on My Mind”

George Redburn Young, born November 6, 1946, sadly passed away October 22, 2017 at the age of 70. George was born in Scotland and immigrated to Australia as a teen along with his family including younger brothers Angus and Malcolm. George formed The Easybeats, as a rhythm guitar player – the band would eventually go on to become one of Australia’s biggest music sensations of the 60’s.

George wasn’t just Angus and Malcolm’s older brother. He was much more than that. His influence, his inspiration, his advice, his guidance, and his direct input made up a large portion of AC/DC’s origins. Much of AC/DC’s songwriting and restructuring of choruses or verses would happen live in the studio. George was there, helping to sculpt the very framework that would later evolve into the AC/DC sound we know and love today. Often, he would work with Angus and Malcolm, laying out songs on piano, guiding the young AC/DC toward the success they craved.
“George is fucking screaming: ‘Don’t stop!” – Angus Young regarding the recording of “Whole Lotta Rosie” as the amplifier was literally blowing up during the guitar solo.

Throughout the 1970’s, after the disbanding of the Easybeats, and aside from the Vanda & Young team’s numerous production and songwriting ventures, including penning “Love is in the Air” – the pop hit by John Paul Young, the duo recorded under numerous pseudonyms and released a trove of music. Haffy’s Whiskey Sour, The Marcus Hook Roll Band project, Tramp, Eddie Avana, The Band of Hope, Moondance, Paintbox were all Vanda & Young compositions, releasing singles throughout the 70s. The Marcus Hook Roll Band project became the first studio experience for younger brothers Malcolm and Angus, who took part in the Sydney recording sessions for the album. The remainder of the album was recorded at Abbey Road Studios in London with an altered lineup. Savoy Brown recorded a cover version of the song “Shot in the Head” on their album “Lions Share”.

“When EMI finally released the album they called it Tales of Old Grandaddy and on the cover they had a drawing of an old man sitting in a rocking chair, which was complete bullshit. It should’ve shown a bottle of Old Grandaddy bourbon, that’s what it was all about.” – George Young

Malcolm’s new band AC/DC was just starting out, and after having released their first single “Can I Sit Next To You Girl” produced by George and Harry on the Albert label, AC/DC found themselves without a bass player or drummer, but were ready to record their first album with new singer Bon Scott. Along with session drummer Tony Currenti, George also played bass guitar on AC/DC’s first album, the Australian-only “High Voltage” as a studio/session musician. George also produced the album with producer partner Harry Vanda. George kept busy throughout the 1970’s and 1980’s with the Flash and The Pan project, amongst many other music endeavors whether they were writing, recording, and producing – always seeming to churn out hits.

George provided Angus and Malcolm with guidance not only during the beginnings of AC/DC, but throughout the years as the band developed their sound and took their career to new levels. He played a very large role in the recording of AC/DC’s “Powerage” album, often considered one of AC/DC’s finest albums by diehard fans. Malcolm and Angus, who followed in their brother’s footsteps and took their brothers advice to heart, absorbed the inspiration of George. George later returned to the studio with AC/DC to produce “Stiff Upper Lip” in 2000, restoring the band’s sound more towards their roots.

George’s presence has always been there alongside the band over the years, and the Young brothers would often seek his advice when making important musical decisions. He was essentially the 6th member of AC/DC.

“AC/DC are a part of building up that interest again. To us, helping to get them off the ground in such a short time, getting them off to England, and also getting them a good deal was another exercise.” – George Young

Rest in Peace, George. We salute you. Ride on.